Are you planning to go Splake fishing?

If so then it’s important to know the basics about this type of fish. If you want to impress your angler friends the fancy scientific name is: Salvelinus namaycush x Salvelinus fontinalis. This species is a hybrid trout that results from breeding a speckled/brook trout and lake trout.

You might be wondering about the origin of the “Splake” species. It’s actually created by lending the terms “speckled” and “lake.” It’s also known as a Wendigo.

When the two species are bred, it results in a stronger trout that can survive better than other fishes stocked throughout North America. The Splake’s larger size makes them popular among fishermen and are also a great option for consumption.

Splake are genetically stable and are capable of reproducing. However, it’s unknown if this has happened outside hatcheries. Splake have been produced in hatcheries for over a century since the 1890s. Since it’s a hybrid fish, it doesn’t have any sub-species under it.

Splake have cream-colored spots along the sides and some red spots mostly on the lower body. However, they lack the quintessential bluish halo found on brook trout.

That’s not the only difference from their trout cousins. Another big difference is splake fishes have a little fork in their tail. They get this trait from lake trout. Meanwhile, brook trout usually have square tails and no fork.

Another difference is splake are usually larger than brook trout. This is one of the easiest ways to figure out whether a fish is one or the other species.

Splake are meat-eaters and consume other fish such as other trout. The fish are first given a “starter diet” in a hatchery then later eat aquatic animals with backbones.

Splake eat other fish after they are stocked in their habitat. However, since they’re stocked humans are able to control the population, so they don’t deplete their habitat due to over-population.

If you want to catch splake fish, you should use bait including bits of fish like chub. This will help to give you the best chance of catching more fish.

Splake fish are able to reproduce, but there are no reports of this taking place outside hatcheries. Splake populations are mostly stocked throughout North America as a sport fish (cold freshwater).

The splake is generally hardier than brook trout. They grow at a faster rate, reach maturity quicker and live longer lives.

Splake can also feed on fish species that can compete in the wild better than brook trout. This situation explains why splake are often stocked where brook trout don’t thrive.

Departments of wildlife management can control the population more easily and make tweaks. That’s because splakes don’t breed in the wild.

Splake don’t breed naturally. A plus the energy that they would normally use for reproduction helps to boost their growth. Hatcheries fully control the population by directing splake stocking/reproduction.

Splake are the result of mating a male brook trout and female lake trout. The resulting fish species can be sexually mature and lay eggs. That said, humans must fertilize the eggs by hand in a hatchery.

There are no written records of any splake fish reproducing in the wild. They can complete the steps of spawning, but it doesn’t produce any offspring.

Here are some of the top splake fishing tips to get the best results:

Know Where to Look

Like with fishing for other trout species it’s important to know where to look for splake. They tend to live/swim in cold water. They also typically live in moving water since they run up/down creeks and rivers. Since Splake are half Lake Trout, you can also find them in lakes.

Trout are one of the most stocked game species. So you can find this trout species in different bodies of water including ponds, streams, and so on.

You can also find trout in the deep waters of some great lakes. In these areas, the splakes can grow to gigantic sizes and result in battles that can be as tough as deep-sea fishing. You may need the aid of a fish finder to find these ones though.

These particular trout feed on small fish in lakes.  So look for trout in areas like where salmon spawn since you’ll be likely to find trout there.

You can typically find trout near woods since they’re an easy-to-get food source for different wildlife. Look for areas where animals like bobcats and bears live.

In fact, lakes and rivers that are more remote will be more likely to contain trout. This makes it quite easy to find places where you can catch trout.

Do some homework about which areas are stocked with trout. The best time to fish those areas is about 1-2 weeks afterwards in order to get the biggest catches.

On the other hand, trout don’t like to swim too far from cover that provides them safety from predators. When fishing for trout in lakes/ponds look for splake include:

Such big fish might eat small insects like flies or zooplankton sometimes. However, they usually eat other foods like big insects, worms, shrimp, and fish. When they’re 1+ feet long.

The key is to imitate the kind of trout meals they usually eat. Here are some of the best lures to use:

Cranks: Crankbaits might be a surprise due to their size, but large trout will sometimes eat cranks up to half their size.

Critters (beetles, grasshoppers, crickets, and other big bugs): These bugs often fall into the streams/rivers where trout live. So these are common snacks for trout.

Salmon Eggs: Trout are infamous scavengers and are known to raid other fishes’ beds to munch on eggs. If you add a couple to a size 6 hook, you’ll likely have a more successful splake fishing tip.

Spinners: These are must-have items for trout fishing.

Spoons: Those tipped with feathers/wax worms are effective throughout the year. They thrive in cold weather when bites slow down. Trout will sometime bite spoons due to the flashiness.

Swimbaits: Trout and especially big ones like splake love to eat small baitfish. If you want to trigger strikes consider paddle tail swimbait that won’t cause the column to be disrupted.

Tubes: They imitate small snacks trout eat like zooplankton. The irony is these items don’t look like things that swim in the water, but you can get tons of nibbles.

Worm Imitators: This is a basic yet effective technique for catching splakes. Some ideal options are down-sized soft/plastic worms. When fishing trout in rivers use easy-to-see bright colors.

Powerbait Only Works on Stocked Trout

Powerbait is also known as trout marshmallows. It’s not a good option when you’re fishing for native fish. Powerbait are made to imitate the pellets that stocked trout eat on farms and in hatcheries. That includes features like the look, texture, and even scent of that food.

In the case, you fish for native trout they aren’t familiar with the dough glob that floats in front of them. Could they take a nibble? It’s possible but highly unlikely that they’ll eat the pellets and will instead avoid your fishing line.

Look for Trout That are Hunting/Resting in Rivers/Streams

Some good places to look include:

Hope this helps with you Splake trout fishing trip and you can use this information to make a successful catch! 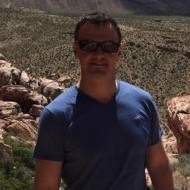