Fishermen or anglers have a lot of equipment that they need to bring when they are trying to catch fish. Whether it be fishing rods, hooks, life vests, or live bait, they have to be prepared for any eventuality in order to ensure good catches.

While saying that there are so many fish in the sea is generally used for romance, it also helps explain why there is so much fishing gear and why anglers need to prepare before heading out to sea.

There are so many configurations and gear choices because the various fish that people intend to catch require specialized care and attention. One fish may require a bigger hook. Another would need distinct bait.

One piece of equipment that is no less important than anything else are the fishing lures.

Just like with all the different fish in the sea, there are also many fishing lures in the market. Each of them have their own specific uses.

An interesting analogy is that fish bait is akin to trapping fish, while fishing lures are the traps set for the fish.

There are many types of lures out there. They come in various colors, are made of different materials, and are made in different sizes.

The most important thing to note when talking about either bait or lures is that there is no silver bullet solution. As previously mentioned, different fish species are caught in different ways. That is why there are so many different lures to consider and choose from.

With that said, even lures have their own general pros and cons attached to them. These will help paint a better picture that will help people decide whether or not lures should be used.

With that out of the way, let’s check out several of the best lures available in the market right now for fishermen or anglers to consider.

As the name suggests, surface lures are made to imitate the type of creatures that like to hang around at the surface of the water. These typically attract large fish like bass.

Many fishermen and anglers are drawn to surface fishing. This is mainly because it is a style of fishing that is totally engaging, as the process unfolds right before the angler’s eyes. And one of the best surface lures out there belongs to Yo-Zuri.

For half a century, Yo-Zuri has been a staple in fishermen’s gear. Throughout all those years, the Yo-Zuri lures has continued to evolve and improve. That is why it has found itself on the top of the list for surface lures. 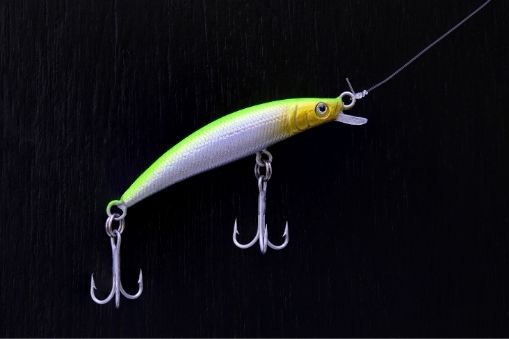 Surface lures are usually made of hard plastic. Many Yo-Zuri lures are made with high quality thermoplastic and resin coating that makes it very durable.

It is also highly visible, which makes it effective in attracting fish. This is due to the hologram sheet in the middle of the lure, whose reflection is much like the scales of the baitfish that it is meant to mimic. Even when the coating has been damaged, this reflective part stays intact and effective.

Apart from that, considerable detail is placed when creating Yo-Zuri lures. One noteworthy detail is the various patterns that are based on different fish.

The balance of the lure is quite heavy. This allows for fishermen to cast Yo-Zuri lures quite far. The added distance greatly helps with catching fish, as the fish in a certain area are not disturbed by a boat of the sound of people.

Freshwater fishing is a good style that even beginners can get into and enjoy. This is largely because people can stay on the shore and just enjoy fishing.

When it comes to freshwater fishing, soft plastics get the job done. Easy on the pocket, an easy fit in fishermen’s gear, and effective, soft plastic lures are an absolute necessity in freshwater. Add to that the fact that they work on a wide variety of fish and there isn’t any reason that should deter an angler from having one on hand.

The soft plastic lures for freshwater that Yamamoto produces are the soft lure improved upon. These improvements drive the price higher than usual, but it is well worth every penny. 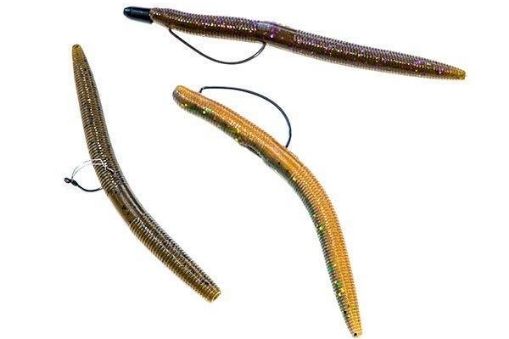 The Yamamoto Senko is a soft plastic lure that is shaped like a cylindrical slug. It has a bit of wobble to it, as well as some weight for that far flung casting. When they hit the water, the sinking motion that it does attracts many fish.

Most of the Yamamoto soft plastic line carries this same effectivity. However, one of the biggest benefits of these lures is how they carry the load for catching a fish.

Anglers that use these lures find that the lures do most of the work. If an angler leaves these lures in the water and doesn’t actively try to make the lure bounce in the water, the more it becomes effective in getting the bites from the fish.

If we are talking about effective lures that have stood the test of time, look no further than Rapala. The lures of Rapala have been used for more than 80 years – a testament to how effective and popular they are.

A lure like this doesn’t get all those years of mileage without some significant history behind it. More than 80 years ago, a boy named Lauri Rapala was living a troubled and struggling life. He found that instead of working in a factory, he could just fish and make as much as two weeks’ worth of pay in the factory.

So, he got into fishing. He devoted his life to it and eventually came up with the gold standard hard plastic lure for fresh and saltwater. It is the balsa wood minnow. There isn’t any other lure like it, and it is the prime reason why it is still so popularly used today. 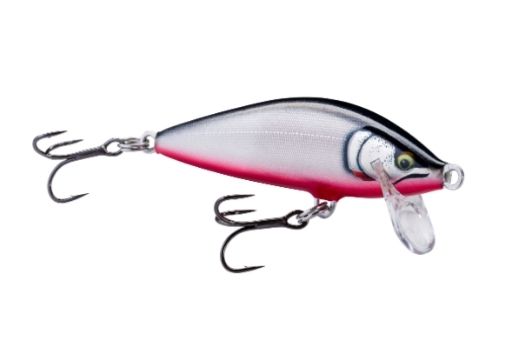 These days, Rapala has expanded their repertoire for just about any type of fish. The balsa wood minnow is still a really great lure for freshwater. THese can be bought in a variety of different sizes that can attract many different fish.

If fishermen are hard pressed to find reviews for Rapala lures, it is mainly because its reputation is already widely known and its effectiveness acknowledged.

The bucktail jig is an extremely versatile and effective lure. Consider this anecdote that illustrates just how effective it is.

In the second World War, sailors and pilots from the United States had a bucktail jig as part of their equipment. If ever they found themselves in an emergency situation and needed food, they could absolutely rely on the bucktail jig to catch the fish. 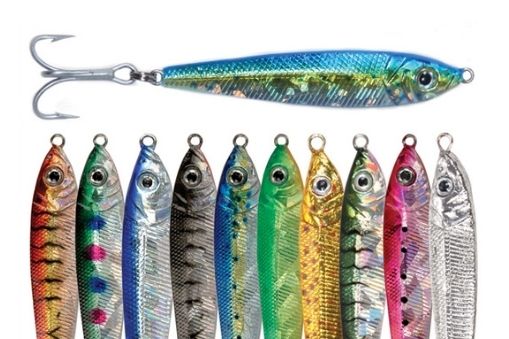 Just like Rapala, Sea Striker has been around for many years. For all intents and purposes, Sea Striker’s bucktail jig lures have little to no bells and whistles on it. This is attributed to how bucktail jigs are intended to work.

The effectiveness of bucktail jigs is all in the bounce of the head and the dye of the tail; something that Sea Striker’s lures offer in spades.

Apart from that, these lures are quite affordable and work in multiple terrains, and on multiple fish. Whether it is used to fish fast or slow, whether it is drifted or bounced, it is sure to attract a good number of fish species.

When going for large fish, fishermen can find great success with RonZ lures.

The first notable thing about RonZ lures is that they are hefty and heavy. This is great for long distance casting that can land in a school of fish that zip any which way.

Also, when it comes to going after big game, you are looking at weighty fish that can generate a lot of power underwater. You’ll need lures that are durable and can withstand the abuse that these fish can wreak. Fortunately, RonZ lures have that durability that is needed. 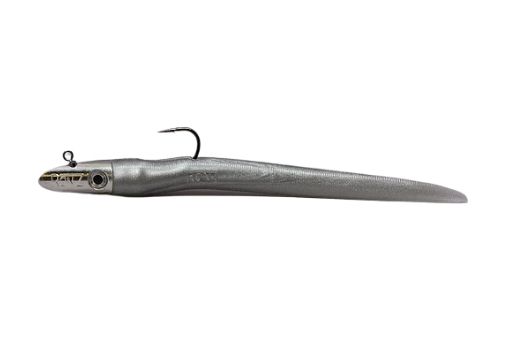 The biggest offering of RonZ lures though is the motion it maintains while it sinks. As the sink hits the water and goes under, it maintains motions that mimic other fish. This is good, as it will no doubt attract fish.

Furthermore, the lifelike sinking motions mean that fishermen can get catches without the need to exert any effort to keep the lures moving.

The cherry on top? These lures are inexpensive and don’t require as much materials or attention to produce.

Equip Yourself with the Best Fishing Lures

Lures are just another part of fishermen’s gear that they need to stock up on and study. There are many lures and lure manufacturers out there, each with their own pros and cons. The choice of lure is wholly dependent on the type of fish being targeted and the environment.

Each fisherman and angler should equip themselves with the best fishing lures to be prepared for any and all fish that are in their sights.

In order to round out fishing equipment, also consider checking out the best fish finders, the best telescopic fishing rods, and the best fishing hooks as well.