The kahawai fish is a very common specie found in and around New Zealand. In fact, many people from New Zealand will have a fond memory of hitting the open waters on a boat, bringing a simple spinner lure, and catching a kahawai.

When people hear “common”, they think of normal or unremarkable. However, in the kahawai’s case, the fact that it is quite common has made it an icon for anglers, both recreational and professional.

It is time to pull this underrated fish out of common waters and into the sight lines of anglers everywhere. Let’s learn more facts about this fascinating fish and go over some fishing tips that will help you catch more kahawai.

In New Zealand, “Kaha” means strong. It is quite apt then as the kahawai are a strong fish that can give quite the fight. They have a very firm body that helps with their strength and speed of swimming.

The kahawai’s color varies, shifting from grey-blue or blue-green. Their bellies are silver or white, and dark spots are strewn all about their back areas. While they look similar to the kingfish, one characteristic that is missing – and in fact helps to differentiate the two – is the lack of yellow stripes and fins.

Another thing to look out for is the dorsal fin that looks spiny and sits high on their backs. It connects to the soft rayed part of the fin.

The kahawai mature quite fast. By four years of age, they can grow to be an average of 40 to 50 centimeters long. Their corresponding average weights come up to 1 or 2 kilograms.

Despite the average weight, kahawai can continue to grow and mature. One of the oldest kahawai ever caught was 26 years old. There have been some kahawai that have been recorded from 6 to 15 kilograms.

The kahawai species grows quickly, with the females having high fertility rates. They have been seen to travel in smaller groups, but can also travel in schools that can include as many as a million fish.

As mentioned before, the kahawai are a very common fish that can be located in the majority of the waters in New Zealand. The fact that they are easy to catch makes it a good fish for starting anglers, both young and old.

For the people of New Zealand, the kahawai has many purposes. Apart from being targets for recreational anglers, they are also caught and cooked for everyday meals. In addition, they play a part in traditions and customs of the Maori.

One final use that people have for the Kahawai is bait. Anglers often catch kahawais and use them as live bait to catch other species like kingfish.

Now that you know a little bit more about the kahawai, let’s go over some tips that will help you catch some kahawai on your angling adventures.

The kahawai can be easily caught in a number of places in New Zealand. When trying to find the right locations, remember that the kahawai love currents and surfs. As such, you can head to sand beaches and even river mouths to target your kahawai.

Apart from the fact that they are quite common in a number of places in New Zealand, they also easily bite into a number of live baits. These include things like crayfish and even their very own kahawai fillets.

For maximum efficiency though, one of the best live baits that can be used for kahawai is the pilchard. This is a fish that can be commonly bought in many stores for a relatively affordable price.

In order for pilchard to be effective though, one important note to remember is that they need to be fresh. If they are frozen or come from a can, they become too soft for actual use.

Pilchards that have been washed and cleaned should also be avoided. Clean pilchards lack the scent and blood that can attract many kahawais. 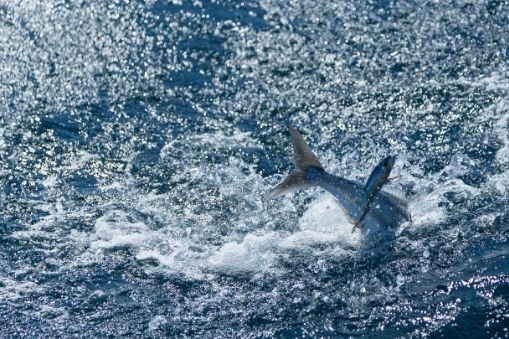 Just like baits, the kahawai aren’t particular about the types of lure that they come up against. They swim about, ready to bite on anything they can eat.

However, the choice of lures for catching kahawai are largely dependent on the circumstances around. When fishing at river mouths or surf beaches, an angler’s pick of heavier lures are most effective. This is because the distance for casting is quite far. A heavy lure will help it reach the fish better.

Some good lures would be hex wobblers. These aerodynamic lures will ensure a good far cast.

If anglers are fishing off the rocks, soft-baits and poppers work best here.

How to Catch Kahawai with Birds

For this final tip, it is meant to develop a new set of techniques that you can add to your angling skillset. This technique is watching the birds. Knowing what birds to watch and what relevant actions to look out for can greatly improve how you find the kahawai in the waters.

When kahawai are feeding, one sure sign for this is the birds overhead. Watch out for a bird with a black head, aptly referred to as the kahawai bird. They are terns or something akin to seagulls. They also have long pointed wings with a tail that is forked.

Follow the activity of the kahawai bird and you can get an idea of where the kahawai fish will surface.

This means that anglers will need to be very active – and even proactive – when on the trail. Each time the activity of the kahawai birds change, anglers should follow suit as well.

If a group of these birds are flying over a single spot, it means that the kahawai are taking baitfish and pushing them to the surface.

The kahawai is a strong fish that can be found in many places around New Zealand. The New Zealand natives are fortunate to have an inland sportfish that should not be ignored by anglers.

Other than the fact that they are fun to catch, they also play an important role for the people of New Zealand and the Maori culture. Enjoy catching the kahawai!