Every hobby or sport has a pinnacle. A lofty goal that many in the community long to achieve. For many anglers – both recreational and professional – this goal is the spearfish. It is better known in the community as a marlin.

The marlin is a strong and powerful fish species. After the turn of the century, fisherman would catch these majestic fish to the awe and fascination of everyone. It was a spectacle so exciting that people took photographs with those that were caught.

Over the many years, the enthusiasm anglers have for catching marlin has only increased. There are even tournaments where whole teams work together to catch the biggest and best marlin.

In fact, there are competitions devoted solely to bagging these magnificent fish. In last year’s Big Rock Blue Marlin Tournament, a marlin weighing upwards of 440 pounds was caught. The kicker is that it was only fifth place, and it was caught by NBA hall of famer, Michael Jordan and his team.

The record for the biggest marlin caught is more than four times what Jordan’s team caught.

The excitement of going after and catching the marlin has a strong gravity. Whether people are going for monster marlins with a team or something a little more manageable, the pinnacle the marlin represents is there to inspire and challenge anglers the world over.

In order to get you started on your path towards catching a marlin, we first have to know its characteristics. Afterwards, we’ll go through several spearfish fishing tips you can use for catching them.

There are many species of spearfish out in the waters. For now, we’ll focus on the blue marlin.

Female blue marlin are significantly larger than their male counterparts. The females can grow to as big as 14 feet lengthwise. These ladies can pack quite the paunch as well, as their heaviest weight has almost reached a staggering 2,000 pounds.

Further away from the extremes, average blue marlin can come in at approximately 11 feet and weigh anywhere from 200 to 400 pounds. 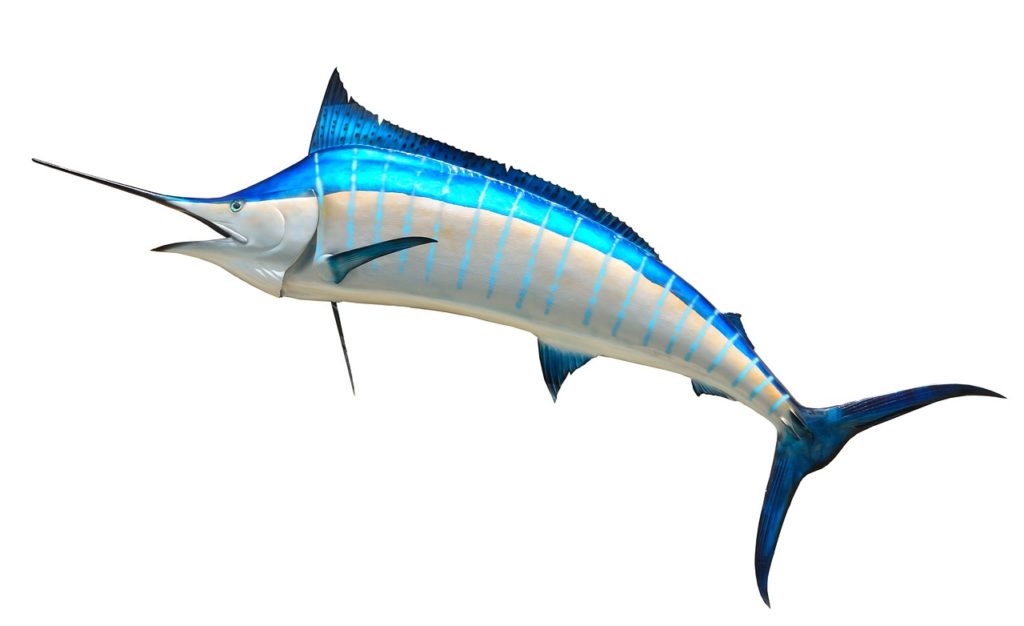 Across international waters, the blue marlin is one of the most easily identifiable ones. They sport a cobalt blue color at the top of their bodies, a white belly, an accentuated dorsal fin, and the unmistakable sword-like upper jaw.

As one can imagine, the swords they have on their faces are not decorative. The blue marlin will use this instrument to cut through schools, often returning to consume their prey. Their high speeds lend well to their hunting and power.

It is this power and speed that make them quite the challenge when they are on the hook. This challenge, coupled with their massive physical characteristics, put them at the top of fish that anglers would love to catch.

For their diets, they prefer to eat mackerel, tuna, and even squid.

The blue marlin usually live far out in various seas. They are however also migratory by nature and will follow warm currents for thousands of miles.

The blue marlin are very aggressive. Anglers can use this aggression to their advantage when trying to catch them. Use their predatory nature against them by attracting them with the splashes and trails left by artificial lures.

Hawaii has a long history of crafting effective lures for catching these spearfish. With each year, they continue to craft these lures from a variety of materials. These materials include things like wood, jars, and even towels.

The topic of which lure is best for catching the blue marlin is one that may trigger anglers from various sides of the discussion. There are many different lures that could work, and that is why people have formed their own opinions about it.

One thing is for sure though. The best lures for catching these spearfish are those that are big, enticing, and something that can easily catch and keep the attention of the blue marlin.

While lures have been quite effective in catching blue marlin, anglers should never count out live bait. A variety of fish that the blue marlin eats for their daily diet will work well as live bait. These include fish like mackerel, bonito, and even large fish like dolphins.

Anglers can opt to catch their bait from the waters. Be sure to attach them to a strong hook and you are ready to start catching blue marlins.Ensure that you let these spearfish run the hook for a short while before setting. Throw in a few tugs before the real fight begins. 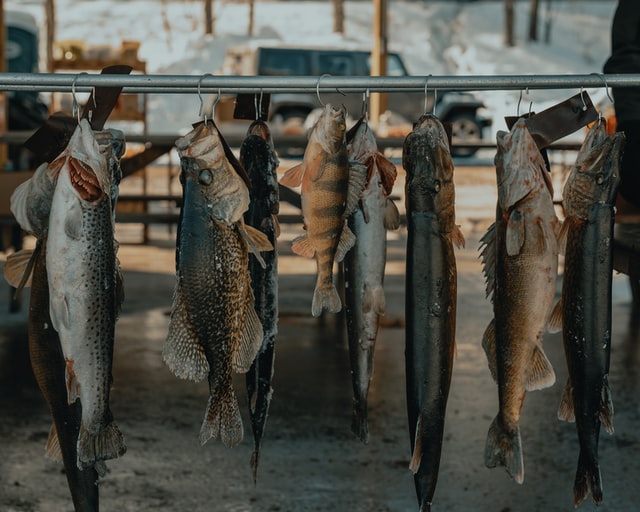 The question whether to use lures or baits for bagging these spearfish is wholly dependent upon where you are.

Baits are often used if the area you are covering is limited and small. These places include places near buoys or ledges underwater where fish tend to gather.

In addition, if you are fishing in a spot with a lot of fish activity, baits can be the proven alternative if you want to prevent any other big fish in the area causing harm to your lures.

Lures on the other hand are often used when trolling. The boat that anglers are travelling on may need to amble by a bit slower so the bait is kept alive.

Reach for the Pinnacle

Targeting this species of spearfish requires many things from an angler. For one, it requires a lot of patience when trying to find and attract them. Once they are on the hook, anglers will need to show their own fortitude and stamina to actually bag them.

Fishing for blue marlin is a challenging but rewarding endeavor. These fish are definitely one of the tougher ones to catch. Nevertheless, we hope that we have helped many anglers in reaching for the pinnacle of their fishing endeavors.